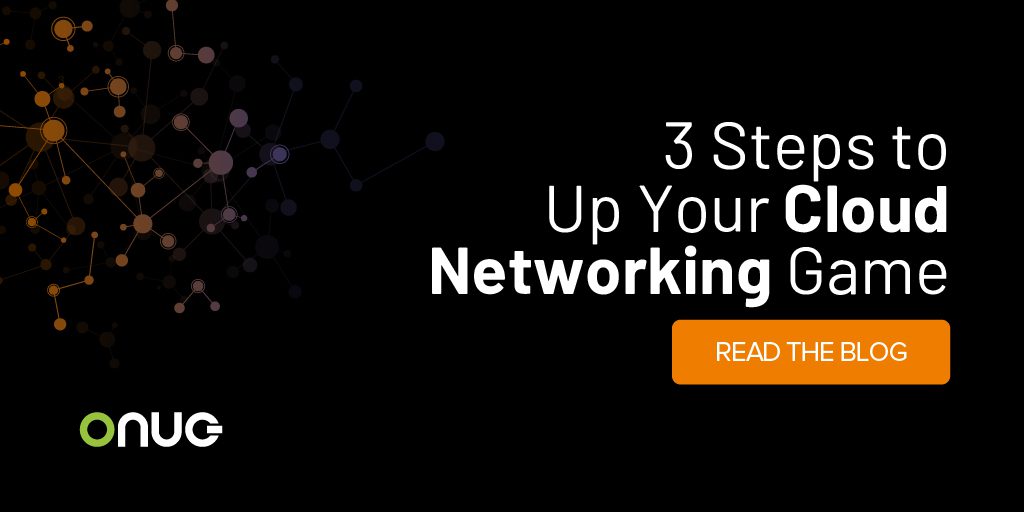 3 Steps to Up Your Cloud Networking Game

It’s no surprise that workloads are moving to the cloud in record numbers. At the same time, trends towards multi-cloud and hybrid cloud architectures are making networking far more complicated. Yet, network teams are often the last team to be brought in when organizations migrate. Why? Because cloud-provider tools were built for developers, not for the network.

There’s a common theme emerging here: Tools, the organization, and the cloud infrastructure are optimized for application support and not networking. No one thinks about networks when building apps – but then it seems easy to blame the network once problems arise.

So, what should network teams do to up their cloud networking game?

If your organization has an app, DevOps or SRE team already working with public cloud deployment, proactively approach them if you’re not already involved. Don’t wait for networking problems to arrive at your doorstep. By then, it is too late and you will be starting from deep within a hole, trying to understand an unfamiliar environment. If there’s time pressure to solve an application problem, you will be in a no-win situation.

Step 2: Accept that it’s all about the application

It’s very likely that your cloud or apps teams do not fully appreciate the complexity and challenges of networking. On the surface, cloud services seem to automate the network and make it easier, if not invisible. However, they will likely understand that connectivity problems can occur, especially when traffic egresses the cloud or travels between cloud services. Your job is to explain networking problems in the context of applications and their impact on user experience.

Step 3: Be about “network observability”

Cloud application developers, DevOps and SREs are familiar with observability tools. The term observability is used in their discipline to indicate solutions that can explore “unknown unknowns.” These are a class of application problems that are both unexpected and not understood, at least initially. Observability tools allow the user to investigate problems by querying application log data. To help further, applications are instrumented to produce metrics and distributed tracing data that help quickly pinpoint the source of problems. Very often, the issue is caused by a glitch in the software.

It’s a good idea to familiarize yourself with how observability solutions work, which ones are being used by your cloud team, and to also understand what network telemetry data is gathered by the solution. This will help you develop some understanding and process around how you will interact with the app team on networking issues and what type of data they may routinely provide.

For the networking professional, network observability is the goal in the context of cloud networking. The dynamic and fluid nature of cloud networks totally changes the game for networkers and creates a new class of problems that are “unknown unknowns.” That is why a modern approach to network monitoring provides:

Check out this white paper for more support to up your cloud networking game with observabilty.