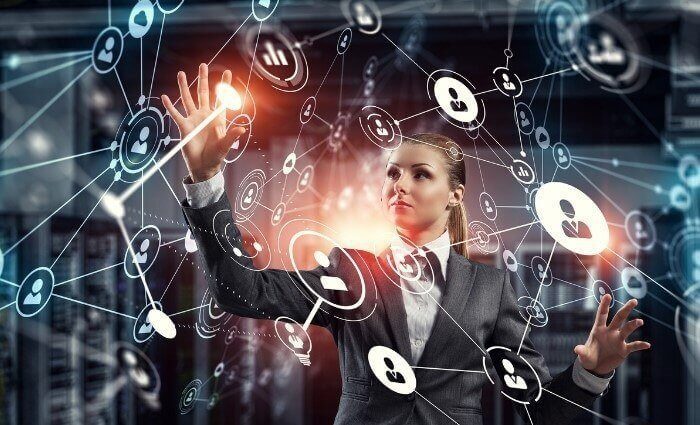 What Are the New Risk Profiles over the Next 5 Years for the Digital Global 2000 and How to Prepare?

Recently, ONUG had the pleasure to host a roundtable and discuss new risks to infrastructure security, what IT trends can protect them, what is driving security today and how the landscape might look over the coming years.

If you’re interested in finding out how these leaders view the current state of digital transformation and security, here’s what they think the challenges are, and what has to be done to overcome them.

What are the biggest concerns right now?

Currently, the biggest concern is the unpredictability of the future. A few years ago the weaponization of cyber tools came as one of the biggest shocks in the tech industry but is now considered a mainstream problem. And as dependency on technology is increasing, the number of issues with cybersecurity and questions about cyber defense will only continue to grow.

In general, the adoption of technology is improving society and industry alike, but the biggest concern is not knowing what those problems will be. And as Gene Sun says: “the risk is high, and we just don’t know what will come down the pipe.”

What are the specific challenges in the Internet Ecosystem of Technologies?

Handling Security at a Higher Level

As one of the pioneers of the Internet, Dr. Robert Kahn testifies that network security has been a major concern since the inception of the Internet. Like in the past, the misuse of technology revolves around the same principles: exploiting weaknesses in the system(s) and working around existing capabilities.

The biggest concern for security today has to do with seeing things at a detailed level while not paying attention to security at a broader scale, “as if we were doing border security based on looking for photons and electrons.”

Creating Strategies for the Digital Infrastructure

Another thing considered in the panel is the current perspective when it comes to digital infrastructure in the business sector. Board members generally have a low comprehension about its significance. The biggest dilemma they currently face is the divide between the need for digital infrastructure and a viable strategy for its adoption and use in the appropriate context.

Solving this issue will help industry leaders step back from a granular point of view, and allow them to discern from anomalies and benefits of the digital infrastructure. As Chris Inglis puts it: “If you are basing it upon a priority to prevent bad things that had happened, they won’t happen again, but the thing that happens next will kill you.”

From the perspective of Atefeh Riazi and the United Nations, things are entirely different. Their main concerns are global issues, and their challenges involve the protection of citizens from all member states and their rights in the cyber world.

The most significant problems the UN faces is creating and enforcing policies that can prevent cyberwars and espionage in the coming years. It will include establishing at least some degree of control on the Dark Web. It is to prevent problems of the financial backing of human or drug trafficking.

But finding solutions to these problems, decision-makers will need to cross-sectors and use a broader scope of thinking, “not just technical, but also social, political and intellectual.”

Despite new technologies being adopted, identity management still relies on password protection as the primary source of user safety. If security is to reach a higher level, identity management has to change to what is going on in the networking world, according to Dr. Robert Kahn.

But Gene Sun also points out that “identity management is a behavioral problem.” If technology and industry don’t drive a change in user identification and come to terms with this problem, the only way it will be solved is through regulation.

The Public Cloud Could Increase Security

As more companies move towards the public cloud, the adoption of this new technology has the potential of increasing cybersecurity. But for it to be successful, Gene Sun warns, “only if you do it right.”

Like with on-premise systems, there are risks involved, so the measures must be the same. Unlike on-premise solutions; risks transfer to the cloud provider, but these third parties are still under threat of a cyber attack. The only real way to ensure full security is to work towards creating measures of protection that serve both parties.

What Will the Digital Landscape Look Like in Five Years?

All the panelists agree that there will be tension in the cyberscape in the upcoming years. The only way to face these challenges will be through greater collaboration within the private sector, and between government and industry.

And as Chris Inglis sums up the roundtable regarding the ONUG role in the future: “Venues where we can have an honest, candid conversation, then go away and perhaps exercise greater collaboration outside this room in the other 364 days, is profoundly valuable.”