The invasion of cloud services to enterprise networks is accelerating at an unprecedented pace, continuing the trend of putting operational pressure on network teams to keep pace with the rate of change.

Enterprises continue to face the daunting task of how to seamlessly integrate heterogeneous networks that span private infrastructure and public cloud services. Disparate devices, complex topologies, and snowflake application requirements make it challenging to find operational efficiencies due to the complex nature of existing implementations, lack of standardized interfaces, and diverse sets of back-office systems to integrate with.

Tying together an organization’s hybrid infrastructure is further complicated by the plethora of systems currently in production that maintain different pieces of data necessary to manage the infrastructure.  Whether it’s allocating addresses from one or more IP address management systems (IPAM), initiating change management from corporate ticketing systems or notifying individuals and teams through corporate messaging platforms, attempting to combine these systems into a single homogeneous operation is challenging.

How does an organization bring all these sources together in support of achieving a more streamlined operational experience that better delivers at the speed at which companies need to deploy without sacrificing stability?

Early on, the only answer seemed to be turning toward the idea of code centric network automation tools. While still very much in its infancy, network engineers are suddenly tasked with understanding programming methodologies and paradigms and learning a variety of new tools and technologies, just to attempt to piece together a solution to solve complex challenges. And while the benefits of embracing automating network infrastructure have been extensively documented in ROIs and value calculators, there is an underlying sense that network teams are falling further and further behind.

However, automating network infrastructure doesn’t have to be a complex endeavor in building out customized solutions and transforming network engineering talent into daily developers that spend more of their time maintaining a code base instead of optimizing networks. The mere definition of network automation must evolve into a state of operations with an overall approach towards how teams embrace the daunting tasks of running today’s hybrid infrastructures.

Network Automation as an Operational State of Mind
Embarking on massive transformation projects such as normalizing data models and building custom code or deploying the next great operational platform rarely deliver the desired change in an organization. These projects, while well-intentioned, tend to struggle to deliver on their promises mainly due to the fundamental idea that change has to start with how individuals and teams think about solving daily operational challenges.

The act of automating network infrastructure, whether that be updating a device configuration, upgrading device software or validating device configuration compliance, doesn’t have to become major initiatives in digital transformation. The notion that there needs to be large effort put forth in creating copious amounts of custom development and creating global sources of truth are false premises for realizing the operational efficiencies associated with automation.

Enterprises that have successfully started the evolution toward network automation as an operational state of mind are doing so through a transition to hybrid infrastructure automation.

Hybrid infrastructure automation is the notion that organizations and their teams transition toward a state of automation by tying together existing disparate systems, stitching together those systems using native API capabilities. This is accomplished through simple, pointed, well-defined automation initiatives that bring together the myriad of back-office systems data, transforming that data into usable formats and applying it to device configurations for the purpose of implementing workloads that span both on-premises network devices as well as cloud-based infrastructure. These initiatives are successful when focused on the workflow that must happen to achieve the desired outcome.

Over time, these discrete initiatives will give way to the transformation of how network automation is defined and implemented. Instead of being task-focused with a strongly articulated data structure that forces all future initiatives to conform to, enterprise organizations will begin to empower individual teams to work smarter as the mindset of network automation begins to permeate through everything they do.

This premise of developing workflows that focus on tying together systems using their native API capabilities to simplify network automation is the foundation of the Itential Automation Platform. By remaining focused on delivering a platform that allows network teams to build complex automations without having to create and maintain customized code and bespoke operational tools that only add to the burden of carrying technical debt forward.

Hybrid infrastructure automation is all about breaking down silos between technologies and teams, allowing them to gain immediate operational efficiencies associated with transforming an organization from being task-focused to automation-focused. 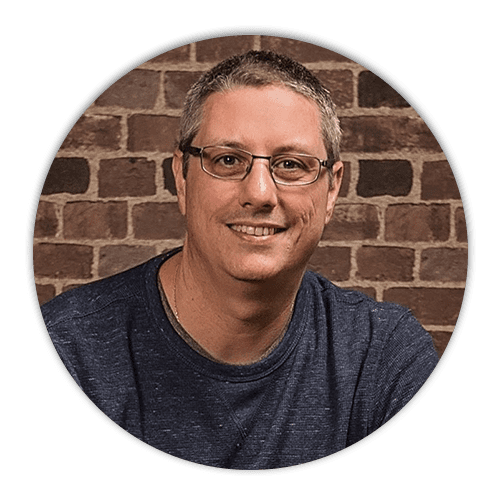