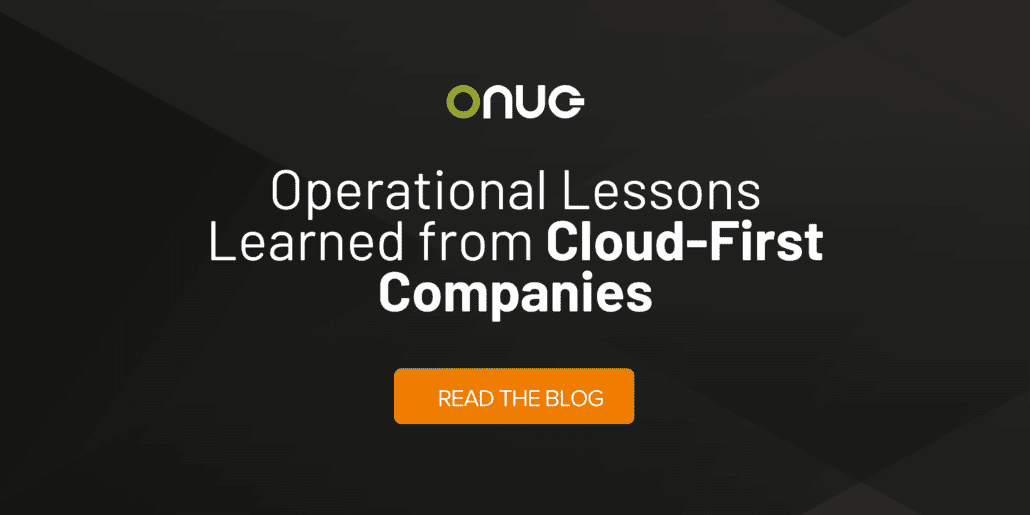 The cloud brought enormous business value to companies in virtually every industry, and cloud-first companies have led the way as pioneers.

But as these first-movers have scaled up, they’ve uncovered a problem: the cost of using the cloud has, in many cases, exceeded the cost of sales.

To resolve the issue, many cloud-first companies have shifted at least some of their workloads back to on-premises facilities, in what could be an example for businesses looking to scale up on the cloud in an economically-viable way.

How Has PayPal Made the Transition to a Hybrid/Multi-Cloud Company?

Right out of the gate, the panel began discussing one big name represented at the conference – PayPal – and how it has navigated the often-tricky pathway of maintaining efficiency and productivity in a changing IT landscape.

Saikrishna (or Sai) shared the enormous workload PayPal supports every day: 400 million global users across 200 countries, with a goal of increasing the active user count to 1 billion.

This massive transformation has seen PayPal evolve over a 15-year period to becoming a hybrid, multi-cloud shop – not a cloud-first company, according to Sai. “We run on-premise, but we are heavily migrating toward the cloud – but not one cloud, all three clouds.”

The three cloud services he mentioned include GCP, which runs PayPal’s core services; AWS, which supports many companies that PayPal has acquired over the years; and Azure. This distribution of service across multiple cloud providers is one way to scale up and take advantage of the natural strengths of each provider.

To illustrate, Sai says, “There will be limitations of what a different type of cloud [service] provides in either the number of EPCs, the portal bandwidth available, how you connect, etc. All of these things have to come together.

He then states how PayPal is “focused on creating a new fabric in this cloud journey,” a process Sai calls the “cloudification of network.” Vision is crucial, given the rapid rate of innovation in the field. To create the network fabric that works best for your company, Sai believes it’s key to not only understand your limits but also look forward to the next 15 to 18 months to anticipate how those limits will need to be furthered by growing needs.

So, in essence, the keys to PayPal’s ongoing transformation to the cloud are:

One key takeaway is that PayPal hasn’t abandoned on-prem IT at all. Companies looking to transform don’t have to move everything off-prem – and as the panel goes on to discuss, such a move can be detrimental.

Transformation is a constant theme at ONUG, not just for the Fall 2021 conference. The industry is in a constant state of flux, and companies have to adapt the right strategic vision to see them through.

According to Soni Jiandani, that means thinking “like a cloud” – a mindset that has helped Pensando give its customers the best of both worlds (on-prem and cloud).

To Soni, thinking like a cloud means “bringing your security, your server, your networking elements to operate, not in isolation or silos, but more in concert with one another.” This mindset applies regardless of whether your company is transitioning solely to the public cloud, or merely wants to incorporate some cloud-based elements into its on-prem structure.

Over the last two decades, according to Soni, operational silos have been built up in a way that is no longer practical, necessitating a “more unified manner” – a philosophy that has really enabled such rapid moves in the cloud space.

For many companies thinking like a cloud is also vital because not all workloads can – or should be – shifted off-prem.

Soni calls these existing applications “the technical debt” that “for a multitude of reasons have to be managed through on-premise infrastructure.” Organizations with technical debt will find out – if they haven’t already – just how important on-prem will be as a part of the overall IT fabric. A jump into the cloud shouldn’t happen without factoring these realities into the equation.

To “think like a cloud,” then, calls for a new operational paradigm – but what form will it take?

The New Roles of Open Source Workflow and the DevOps Model for Cloud 2.0

In regards to that question, Yesim Akdeniz has a few ideas.

“I think the common and open source workflow to support all this is a key,” he says, in reference to adopting a hybrid/multi-cloud solution.  “I think that it’s going to give us the capabilities rather than adopting the native capabilities or similar capabilities of the multi-cloud [providers]. And I predict, and probably some companies are already experiencing this, at some point, this merging of the pipelines between the public and a private cloud, which probably is going to be one of the most powerful things behind the enterprise.”

To Yesim, being cloud-first doesn’t necessarily mean being public cloud first. “It’s not about infrastructure, where the workload is hosted, but it is the modern capabilities and technologies the organization adopts” to handle its IT needs.

Put another way, a company can be cloud-first without putting its workloads onto the public cloud – which is what Yesim references when he talks about gaining capabilities through the predicted merging of public and private.

To accomplish this feat, Yesim thinks modern DevOps is the solution, which focuses on “deploying and fixing things” within the DevOps/SRE framework.

Being “cloud-first,” then, is as much an operational issue as it is a conceptual or strategic one.

But adopting the mindset is one thing; finding the people to execute it is another.

What Worker Skills Will Cloud 2.0 Require for Success?

Without the right people – and skills – in place, the right systems do nothing.

Yesim thinks if a system should be based on DevOps principles, it makes sense to hire employees who have DevOps backgrounds and skills. A company also needs to focus on giving those workers the right assets. “Adopting developer tools, developer methods…It is the operating principle that’s going to get us there.”

Culture is also important, according to Yesim, especially when it comes to transparency, collaboration, and continual learning.

Sai thinks that in addition to making sure your technical bases are covered for each component of your infrastructure, it’s key to make hiring generalists – and not just specialists – a cornerstone of your effort.

“What we are focused around,” says Sai, “is creating that service layer, getting that next level talent, which is not so much a specialist, but a generalist ability to mix the talent together – those who have the deeper understanding of the infrastructure,” resulting in a balanced skillset that’ll be integral to success moving forward.

Shannon believes that in addition to hiring the right personnel, an organization needs to focus on one overarching issue: codification. “There’s still a lot of processes inside of our organizations that are not yet actually codified. I think as they become more codified, they become adaptable to an enterprise 2.0. cloud version,” says Shannon, echoing a common theme in ONUG Fall 21 about putting more structure and method to the madness.

For more insights – including the panel’s intriguing answers to the fun question, “What advice would you give yourself from five years ago?” – check out the entire session.