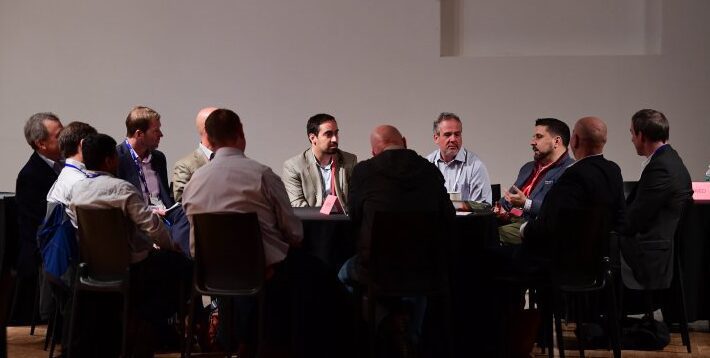 Ever since Ernest Lefner and I co-founded ONUG back in 2012, the idea of creating a safe space to encourage openness of discussion and facilitate the sharing of information between IT executives from different companies and industries was first and foremost. We did this with closed-door sessions we call “roundtable discussions.” There were no vendors, no press, no bloggers allowed to participate; these closed-door sessions were open exclusively to IT executives. Some of the most sensitive and insightful information was exchanged and in seven years, not one leak occurred, proving that we accomplished the implementation of Chatham House Rule which reads:

“When a meeting, or part thereof, is held under the Chatham House Rule, participants are free to use the information received, but neither the identity nor the affiliation of the speaker(s), nor that of any other participant, may be revealed.”

Case in point: out of the roundtable discussion sessions, markets were created like SD-WAN and vendor-led “open” projects like OpenFlow, OpenStack and OpenNFV were crushed in the large enterprise. The white box networking market was and still is highly speculative, thanks to IT executive’s concerns expressed and shared among peers in the roundtable discussions.

If an IT executive shares a good project experience and outcome, others do the same, expanding that market and the vendors who participate within. Yes, poor outcomes are expressed as is the lack of use cases for new technologies which have a chilling effect on associated markets and vendors who participate within. By using Chatham House Rule, the ONUG Board enables information sharing in a private, safe and secure space, which results in IT executives:

IT executives walk out of the roundtable with either confidence that they are on the right track, or a set of action items to reverse course as soon as they get back to the office, or they start right then by sending emails, texting and calling staff as I have seen.

The ONUG Roundtable discussion sessions are scheduled for ONUG Spring in Dallas on May 7th and 8th at the Dallas Cityplace Conference Center. We organized two roundtable topics that will be led by ONUG Board members.

ONUG Board member moderators are:

“Five Easy Steps to Cybersecurity 2.0: Filling the Gap Between Legacy Security and Infrastructure Transformation to Allow for Automation/Orchestration and DevSecOps”

ONUG Board member moderators are:

The ONUG Board is doing something different in Dallas. The ONUG mobile app will enable community members to create their own roundtable discuss topics and allow IT executives to join, much like a meet-up. So bring your hot topics to ONUG.

Join and enjoy one of the most rewarding and insightful community activities at ONUG, the roundtable discussions at ONUG Spring in Dallas on May 7th and 8th.