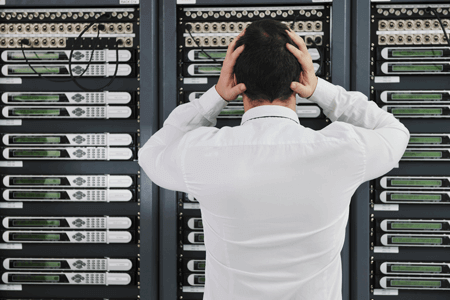 Can Kubernetes Avoid Being OpenStack 2.0?

Kubernetes and its various commercial manifestations are getting much attention from the vendor community these days, much like OpenStack did in 2014-2016. Kubernetes is an open-source system for automating deployment, scaling and management of containerized applications. What’s important about Kubernetes is that all the major cloud providers, such as Google Cloud Platform, Microsoft Azure, Amazon Web Services, are adopting it, and there are many enterprise-based Kubernetes distributions from companies such as Rancher Labs, Docker, CoreOS, Mirantis, RedHat’s OpenShift, IBM’s Cloud Container Service, Pivotal’s PKS, Mesosphere’s DC/OS, etc.

In short, Kubernetes is looking like one of the key building blocks for containerized applications that span multiple clouds, be those clouds public or private. This is all good news for IT business leaders who seek options and choice as they progress on their cloud journeys. But in the end, will Kubernetes be widely adopted or will be it be relegated to a relatively small number of applications much like OpenStack has?

Back in 2014-2016, there was great hope from the vendor community that OpenStack may be the open-source building block that would connect public and private cloud-based applications. There was also a group of vendors that was hoping OpenStack would dislodge VMware as the preferred enterprise virtualized infrastructure provider. At ONUG, we knew that OpenStack would not succeed these ambitious goals for two reasons:

1) Lack of Interoperability: There were more distributions of OpenStack than the Android OS. All of these distributions were different and not interoperable, thus IT departments had to choose which distribution it would deploy and be locked into, thus mitigating the advantages of an open-source block of code.

2) Lack of Application Suitability: As IT architects and designers dove into OpenStack from the perspective of deployment, they quickly realized that there were a small number of applications that would benefit. Further, training and certifications would be required for DevOps and operational staff, adding to its cost and complexity. In the end, too much pain and very little gain.

Once these two OpenStack attributes were understood by the vendor community, many started to use the phrase “we got OpenStackED,” meaning they spent tens of millions of dollars supporting a block of software that wasn’t going to get deployed en masse.

Moving in Kubernetes’s favor is that the large enterprise market is entering into the digital economy. It has to as IT-delivered productivity has plateaued at automating the real or physical world workflows. New productivity will come from machine learning and artificial intelligence automated tasks plus new digital business applications found at the intersection of real and virtual worlds. But how do Global 2000 firms practically enter the digital economy in a significant way when decisions and key business applications are based and delivered upon 20-year-old IT, respectively? If Kubernetes can deliver on its promise of agility, choice and options for multi-cloud application deployments, then it will be a key building block for the digital economy. At ONUG Spring in San Francisco hosted by Kaiser Permanente on May 8th and 9th, IT executives will share their views about whether Kubernetes is OpenStack 2.0 or the real deal.