API Automation: Your Bridge to the Modern Network

In its simplest terms, API (Application Programming Interface) defines the methods that can be used to interact with a particular system, the data and format the system requires for each method, and the expected output for each method. In the world of enterprise software, APIs are the intermediaries that allow two pieces of software to talk to each other. Similarly, in the world of Networking, APIs provide an efficient and abstracted interface into a complex system that can be used by other systems to build connections and automations.

The CLI (Command Line Interface), a human-centered technology, still reigns supreme as the primary method for network management — but is unable to scale and keep pace with the rate of change.

Applications and services are increasingly complex and distributed, requiring connectivity and policy enforcement across a diversity of domains — such as Cloud, SD-WAN, Data Center, Wireless, and Network Applications.

The management of these network concepts requires us to re-think how we have traditionally managed networks — and with that, enter the API.

Machine-First Automation is the Future

API’s machine-first approach to automation provides a stark contrast with the very human, incredibly manual CLI approach. Automations using APIs can make hundreds or even thousands of network changes in a window of time versus the labor-intensive, highly manual CLI. APIs eliminate the network backlog of repetitive tasks, reducing the time to onboard a new service or application, and allow your network team to focus on more strategic, high-value work.

Bridging the CLI to API Gap

If you’ve already upgraded parts of your network infrastructure to modern, controller-based solutions, you probably already have an API for those systems and it’s probably being used by the web front-end. For example, if you’ve recently deployed an SD-WAN infrastructure, the solution likely included a controller or director of some type that operates as a central management interface for the on-prem hardware and the network configuration. Odds are good this has a well-defined API available to be used in automation.

Similarly, other areas of your network may have orchestrators or controllers deployed with APIs. That’s great news, because as you upgrade the network infrastructure, APIs are already integrated into the new solution; in short, efficient machine-first API automation is available to you now.

At the same time, many organizations still have varying amounts of legacy network infrastructure that have no API capabilities, yet this infrastructure provides functions that must be automated. Waiting for the next refresh cycle may be out of the question — these organizations have leveraged open source tools and scripts in an effort to help bring CLI-based automation into their workflow.

As enterprise managers investigate how they can bring their existing scripts and automations into today’s world, they shouldn’t be held back by the lowest common denominators of their network or forced to wait until everything is modernized in order to start automating. Instead, they should evaluate platforms that can easily create APIs for these existing automations to start adopting an API-first approach to automation today, with a particular focus on those that:

Even in an environment that mixes new and legacy infrastructure, API-first automation is possible today. CLIs have served the network well, but tomorrow’s network requires the power of machine-first automation. 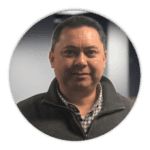