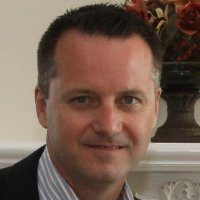 John Storm is an Executive Director within Morgan Stanley’s Institutional Securities division. He is currently in the Enterprise Infrastructure CTO organization focused on architecture and long term strategy related to enterprise network connectivity including Software Defined Networking, End User/Campus and Market Data/Exchange connectivity. Before joining the CTO organization, John managed Morgan Stanley Enterprise Telecommunication’s global network architecture and engineering organizations. During his tenure at Morgan Stanley John has worked in various areas including the strategic development of future infrastructure and technologies to support very large-scale computing requirements, high performance computing, data center strategies, telecommunications and data networks. Before Morgan Stanley, John was associated with the University of Utah where he served as the Assistant Director of the Utah Supercomputing Institute and later as Associate Director for the Department of Telecommunications and General Computing. John sat on the Cisco technical advisory board for six years and a past member of the US Council for Competitiveness HPC Advisory Committee. He is currently a member of Insieme’s technical advisory board. John holds a B.S. from the University of Utah with a specialty in large-scale satellite image processing.