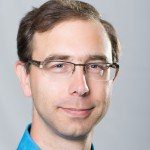 Michel Boulay has been in the IT business for 15 years. Starting with an system and network engineer diploma from ITIN. Michel became Network Engineer at FMlogistic, an international logistic company, and accomplished achievements in many complex network projects. In 2004 Michel was promoted network expert. Michel created it’s own IT services business Informasites in 2004 in addition of his formal job, and successfully sold it 4 years after. Michel is now senior network IT and network architect for FMlogistic group. He had big involvement in steelheads developments through the RAAP for 3 years, and helped to solve a lot of RiOS and SCC bugs and proposed many features that was accepted and implemented.