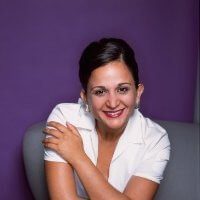 Atefeh (Atti) Riazi was appointed by the Secretary-General Ban Ki-Moon as the Assistant Secretary General and the new Chief Information Technology Officer of the United Nations.

Atti is a senior executive and a philanthropist. She has served in both the public and the private sector as a CIO and COO managing large organizations as well as large scale technology and transformational projects and initiatives. She worked as the EVP and CIO of NYCHA and was later appointed to the Acting General Manager responsible for all aspects of operations managing a $3B operating and capital budgets and 12000 employees.

She was the global CIO of Ogilvy & Mather for over 9 years overseeing all technology with full responsibility of all applications, networks and datacenters across 400 offices in 100 countries.  As a senior technology executive, She has been a change agent and has successfully deployed major transformation in the digital space.

Beyond operational improvements, she has focused IT investments through rigorous portfolio management to ensure better alignment with strategic imperatives and has directed development of custom software, digital asset mgmt solutions, workflow systems, analytics, and e-commerce solutions to help create new competitive advantage. In her role as the Vice President and CIO of Technology for the MTA, New York City Transit, she was responsible for implementing the $1.5B MetroCard in New York City. Prior to that she was the VP of Manufacturing in NY. Atti also serves as the Executive Director of CIOs Without Borders – a global non-for-Profit organization, focused on using technology and innovation for the good of humanity and is on the board of a private non-for-profit school called The Bridges Academy.

Atti has published many articles and studies. She speaks frequently on issues involving technology, organizations and work. She has also served on the Boards of financial and marketing organizations