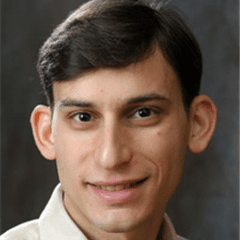 Brighten Godfrey is an Associate Professor in the Department of Computer Science at the University of Illinois at Urbana-Champaign, and Co-Founder and CEO of Veriflow Systems. He received his Ph.D. at UC Berkeley in 2009, and his B.S. at Carnegie Mellon University in 2002. His research interests lie in the design of networked systems, network verification, and algorithms. He is a winner of the ACM SIGCOMM Rising Star Award (2015), the UIUC Dean’s Award for Excellence in Research (2015), the Sloan Research Fellowship (2014), an Internet2 Innovative Application Award (2013), the  National Science Foundation CAREER Award (2012), and several best paper awards.  He was a Beckman Fellow at the UIUC Center for Advanced Study in 2014-2015, and served as program committee co-chair of ACM HotNets 2014 and the Symposium on SDN Research (2016).