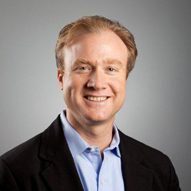 Lane Patterson is currently CEO of Patterson Technologies, and Co-Founder of EdgeUno, Inc., a company focused on accelerating the maturity of Internet and Cloud infrastructure in LATAM.  Previously, Lane was VP of Global Network and Edge Infrastructure at Oath–the combination of AOL and Yahoo under Verizon. Lane joined Yahoo in 2015 with the mission of driving infrastructure architecture and DevOps reporting directly to Co-Founder David Filo. Prior to that, Lane was CTO at Equinix, where he spent 14 years building them from pre-IPO to a global empowerer of hyper scale infrastructure and disruptive Internet economics. In the late 1990’s, Lane helped Global Crossing build the first global Fiber and IP network and the first generation of Internet hosting datacenters and services, serving a variety of leadership roles. In the mid 1990’s, Lane ran the largest first-generation Internet peering point on the globe, Metropolitan Fiber System’s MAE-East, just as the Internet experienced its first wave of massive commercial ISP growth. During that time, 40% of all IP packets worldwide traversed the MAE-East exchange point. Lane has a deep background in telecommunications, Internet networking, and large scale datacenter computing infrastructure.

Lane received a B.A. in Physics from Cornell University and an M.S. in Computer Science from Johns Hopkins University.