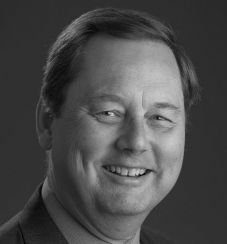 Paul Mockapetris is an Internet advocate and investor, with interests ranging from cloud computing to optical networking. He is best known as the creator of the Domain Name System (DNS), used for the Internet’s email and web addresses, and wrote the first implementation of SMTP, the Internet’s email system.

At present, he is a visiting scholar at the Universite Pierre et Marie Curie, and is Chairman and Chief Scientist for Nominum. In the past he was CTO at Urban Media, Siara, Fiberlane, Software.com and director of engineering at @Home. He has been IETF chair, program manager at ARPA, and did 15 years of research at the University of Southern California’s Information Sciences Institute, and 10 years at UC Irvine with the DCS project.

He received his learner’s permits in Physics and Electrical Engineering from the Massachusetts Institute of Technology in 1971, and his Ph.D. in Information and Computer Science from the University of California, Irvine, in 1982. He is the recipient of the IEEE 2003 Internet award and the ACM 2005 Sigcomm award, and is a member of the US National Academy of Engineering as well as the Internet Hall of Fame.