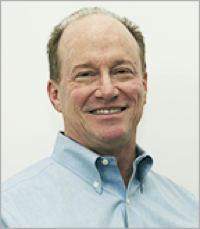 Jeff Flowers is a seasoned technology executive with deep IT and technical expertise. Jeff co-founded Sonexis, FaxNet, Pilot Software and more recently, Carbonite with David Friend, Chairman of Storiant’s Board. At Sonexis and FaxNet, he also served as CTO. In 2009, while at Carbonite, he was named CTO of the Year by the Mass Technology Leadership Council. Carbonite went public in the Fall of 2011. Jeff left Carbonite in April 2012 yet remains an active member of the Board of Directors.

In addition to the three companies he co-founded, Jeff served as VP of Engineering at Computer Pictures. He also served as VP of Development at ON Technology Corporation, a software vendor that provided groupware and utility products for Apple and Novell Netware operating environments. During Jeff’s tenure, ON Technology completed its IPO.

Jeff holds a B.S. and M.S. in Information and Computer Science from the Georgia Institute of Technology and attended the Northeastern University School of Business.