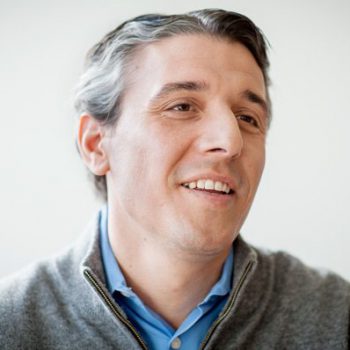 Alex joined Battery in 2001 and currently works out of the firm’s Boston office. From 2001 through 2006, he was based in Menlo Park. Alex focuses on investments in infrastructure technologies for Enterprise and the Web. He is also the firm’s focal point for relationships with technologists and end-users at the Fortune 1000 and large web scale operators. Alex is particularly interested in the challenges of building web-scale datacenter networks and distributed computing and storage systems.

During his tenure at Battery, Alex has been involved with several of the firm’s successful investments including Anobit Technologies (acquired by Apple), MaxLinear (NYSE: MXL), Optichron (acquired by Netlogic), Veraz Networks (NASDAQ: VRAZ), VSS Monitoring (acquired by Danaher), and ZeroG Wireless (acquired by Microchip). He is currently involved with Battery’s investments in Catchpoint, Cumulus Networks, Diablo Technologies, Guardicore, Primary Data, Nutanix, Stratoscale Alex was named one of the top cloud infrastructure investor in 2012 by GigaOM.

For a full list of Battery’s portfolio companies and exits, please visit: https://www.battery.com/our-companies/list/.

Prior to Battery, Alex was an Analyst at The Yankee Group, where he conducted market research and consulted on data communications. While in this position, he executed strategic marketing and competitive analysis for clients including major networking equipment vendors and service providers. Alex earned a BA in Government from Wesleyan University, which has not prevented him from impersonating an engineer in his professional life.